If your project is using native libraries, you will be getting multiple build variants with .so extension during the ndk-build. In case you use Windows, you will be using ndk-build.cmd from the command line, from the root folder of your Android project.

The multiple build variants of .so files generated inside libs folder are to be copied to the Apk during the export. When it fails to copy these .so files, you won’t be able to run properly.

The build variants of .so files will be,

Once the files are created, you need to move them all to a common library folder and tell the compiler to pick the required files from that library folder whenever needed.

The process is briefly described in the following steps.

Open the ‘app/src/main’ directory and create a new folder and rename it ‘jniLibs’.

STEP 2: Put all your .so libraries inside 'app/src/main/jniLibs' folder

Copy all the build variants folders containing the .so files, and paste them into the newly created ‘jniLibs’ folder. 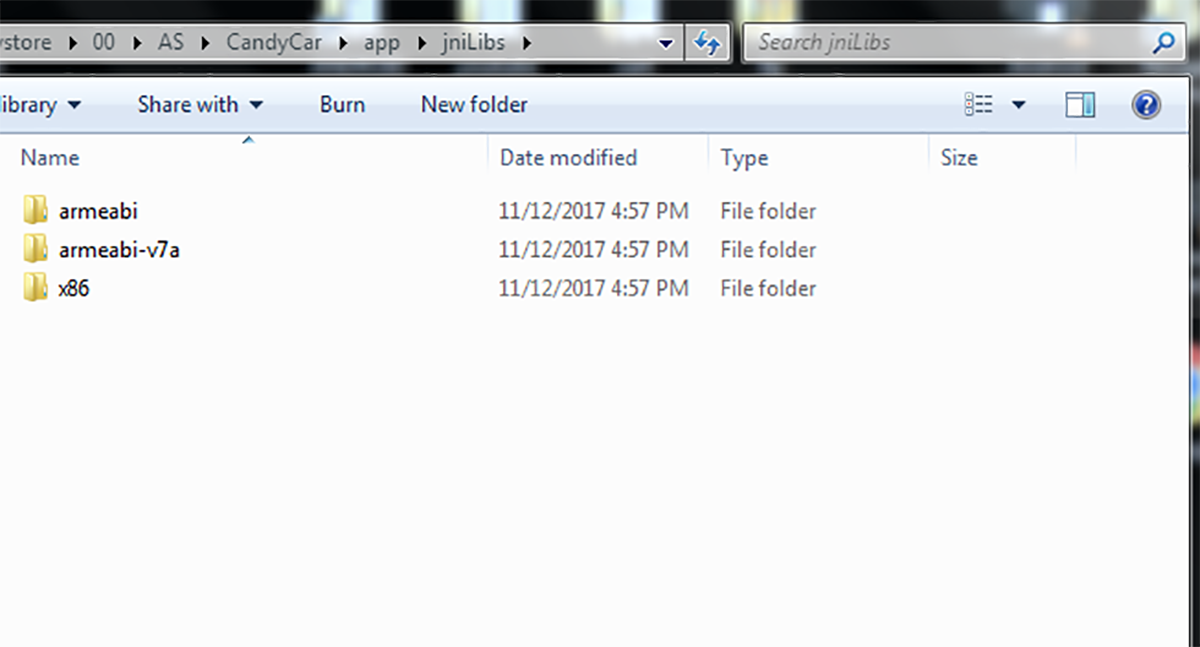 STEP 4: Add the following line to your app's build.gradle

To do that, simply add the following line to your app build.gradle

This deactivates the built-in ndk integration from the gradle plugin and make gradle use jniLibs resources instead of from libs.

just sync your project and export Apk. Now the native code is compiled into your Apk.

Some of the latest Android devices like Samsung S6 are running on 64-bit processors. These devices always check for arm64 folder to load the native .so files. If your project does not have a arm64 folder, you can force the devices to load native files from other folders by setting up abiFilters in the Gradle defaultConfig block.

What this does is that when your device tries to start the app, it will inform the device that it should not generate any folders for arm64 support, but use the existing native libraries.

Not over yet! If the compiler complaints of deprecated Ndk, add the following line to your gradle.properties file so that it will use the deprecated Ndk without any issues.

Applying Proguard In An Android Application

You might use a lot of jars in your libs directory, and there you may…

9 Point To Do Checklist Before Applying for Google Adsense

Heya, so all we reached here researching the To-Do's and checklist before applying for Google…